The Life and Legacy of Friedrich Froebel

The German term Kindergarten is widely recognized and understood, but the name of the man who coined the term, ultimately redefining early education, has largely been forgotten. In fact, today, the name Friedrich Froebel is hardly known even in educational circles. However, the foundations laid by this 19th century German educator still firmly underlie early childhood education.

What we have come to know as the hallmarks of childhood were established by Froebel over 175 years ago. At that time, play was viewed as idle, and children were considered miniature adults. Froebel radically asserted that children learn best through play, that academics should be left for after the age of seven, and that children need to be in an environment suited to learning through their hands. He believed that a child naturally loves movement, music, and exploration in nature. Stories and rhymes should be the basis for later letter and number skills.

Froebel did not so much invent these key factors of childhood, rather, he brought them to the surface and into everyone’s attention. Froebel made children important. His ideas became embodied in his original “Kindergarten” or a “Children’s Garden” based on the philosophy that children, like plants, grow at their own pace but must be nurtured by the family and society. 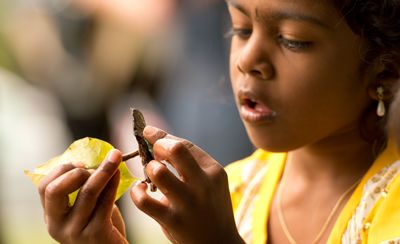 “Play is the highest expression of human development in childhood, for it alone is the free expression of what is in a child's soul.”

After Froebel died, his educational ideas spread throughout the world. His theories were expanded, both positively and negatively. His ideas influenced generations of educators such as Maria Montessori, Rudolf Steiner, John Dewey, Caroline Pratt, Marietta Johnson, and Charlotte Mason. The philosophies of Reggio Emilia, the Project Method, Progressive Education, and Homeschooling have their roots in Froebel’s Kindergarten as well. His ideas that children learn best through hands-on exploration are clearly visible in the current focus on STEM learning in early childhood. Many people who use these methods are unaware of the roots.

So, Froebel never truly disappeared. Yes, his name has been largely forgotten, but he is there. One just needs to know where to look. Like scientists, in order to understand the plant it is important to study the roots. The key factors about childhood that he established need to be brought back into focus and used in today’s classroom. As the late Jeanne Spielman Rubin wrote in her book, Intimate Triangle: Architecture of Crystals, Frank Lloyd Wright, and the Froebel Kindergarten:

In all fairness to Froebel, whose stature as a top-ranking scientist has been thus far overlooked by historians, and to his kindergarten, the scientific basis of which has been similarly overlooked, a significant section of the history of education should be rewritten. Perhaps his approach–after more than a century and a half of incomplete understanding or, more often, of total misunderstanding–should now be reinvestigated as a possible candidate for guiding young minds, eyes, and hands into the twenty-first century.

Many early childhood programs and kindergartens today are a poor interpretation of what Froebel intended. Yes, there are quality programs and wholesome environments, but the teachers work out of a state determined curriculum that is influenced by bench marks, testing, and money. To rediscover Froebel means to rediscover the true essence of childhood. The “Children’s Garden” needs to become again the place where children are nurtured through play, hands-on exploration, and loving care. 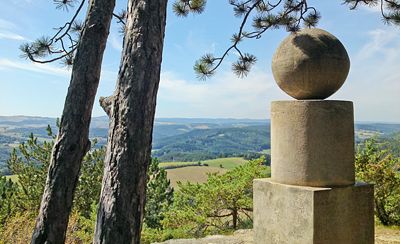 This monument, symbolizing Froebel’s second Gift, overlooks the village of Keilhau where Froebel coined the term “Kindergarten”. It serves as a reminder of Froebel’s lasting mark on the world.

Who was Friedrich Froebel?

Friedrich Froebel was born in Oberweissbach, a village in Thuringia, Germany on April 21, 1782. His own childhood was difficult. His father was a busy pastor of the Lutheran Church and his mother died while he was an infant. Froebel was mostly left to his own devices until at the age of fifteen when he was apprenticed to a Forester. This work not only immersed him in nature, but also taught him to observe and investigate in a scientific manner. After two years, Froebel went to Jena to attend University. After floundering with his studies and tuition he went back to work for the Forestry Office. Froebel’s knowledge and love of surveying and map-making led him to architecture. He went on to become an architect’s assistant. 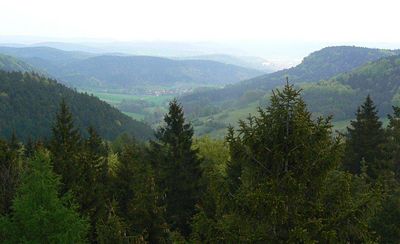 Froebel grew up, in the beautiful forests of Thuringia, Germany, with a keen love of nature. This closeness to creation, along with a firm Christian faith, were key to Froebel’s educationist ideas, which were centered in the unity and inner connectedness of all life.

But unexpectedly, Froebel switched paths. He had always had a great desire to teach and a friend counceled him to apply to a model Pestalozzi school in Frankfurt. Froebel was heavily influenced by the ideas of Pestalozzi and eventually spent two years working under him in Yverdon, Switzerland in order to secure a certificate.

In the same way in which Froebel diligently observed nature as a forester, he began observing the children of his friends, colleagues, and village neighbors. He learned by watching. Then he wrote his ideas down, shared his theories, asked parents to read over his conclusions, and to try out his suggestions. In 1837, Froebel established the first kindergarten at Bad Blankenburg, Thuringia, Germany to further develop and test his radical new educational method and philosophy based on active learning. He later named his institution “Kindergarten”–a “garden” where children would learn and grow in a nurturing enviornment.

“We grow through three fundamental principles of human existence: feeling, thinking, and doing.”

Developing the environment was so important to his philosophy that Froebel stated that education must begin, “a hundred years before the child is born.” Because of that, he believed, it would take “three generations to prove the truth of the Kindergarten idea.” Until this time there had been no educational system for children under seven years of age, nor recognition that young children were capable of learning social and intellectual skills that might serve as a foundation for their whole life.

Friedrich Froebel went onto open several kindergartens, write books, lecture, and train teachers. He first put into fruition the idea of “school-mother’s”, or women teachers. The teachers he trained spread his methods throughout Europe and the United States.

The “Gifts” he developed are maybe the best known portion of his legacy. They were the first educational toys and are the root of all of today’s building toys. His “Occupations” live on in hand-work and art classes. His movement games and songs continue. He stressed the importance of celebrating festivals to build community strength. 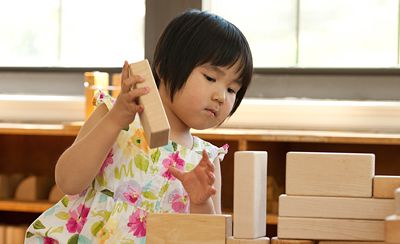 Not skill, nor books, but life itself is the foundation of all education.

When Froebel died on June 21st, 1852 disappointment lurked in the corners. His Kindergartens were being closed by the Prussian government for being too free—a threat to the status quo. Were they suspicious that free-thinking Kindergarteners might undermine their authority? His methods were forced underground but the great educator’s legacy did eventually become widespread through the persistence of his co-workers.

As early as 1836, Froebel pointed to the United States of America as the country best fitted, by virtue of its spirit of freedom, to receive his educational message. In many ways this was realized after his death. Now it is time to renew this relationship and reintroduce Froebel’s educational theories to the 21st century. His radical ideas of child-centered education based on play and a love of learning need to be rediscovered today. 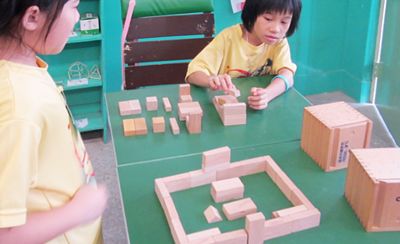 This biography was paraphrased from the original Little Journey’s to the Homes of Great Teachers Vol. 10 by Elbert Hubbard, 1916 and updated by Tiffeni J. Goesel of Williamsburg, Virginia. www.froebeltoday.com and www.facebook.com/froebeltoday.

was born one week and 188 years after Froebel in a suburb of Chicago, Illinois. She was raised to respect and learn from the past and apply it to life’s lessons. She earned her BA in education, her M.Ed in Education History and is a certified Waldorf teacher. While questioning the origins of Waldorf education, Ms. Goesel found Froebel. Since then she has attended, spoke, and taught at conferences both in the U.S and internationally. She currently teaches a variety of children and adults in her home classroom in Virginia. She advises parents and teachers on how to use Froebel’s materials and travels to schools, parks, and museums spreading Friedrich Froebel’s philosophy.