The Power of Everyday Moments

What is Happening to Fine Motor...

The Power of Everyday Moments

What is Happening to Fine Motor...

Beyond the Itsy Bitsy Spider:

To feel physically competent, children need movement experiences that are achievable, fun, and practiced often. Movement engages the brain in problem solving, planning, and sequencing actions. Cognitive development depends on the organization of the brain and the creation of neural pathways that result from physical experiences.

Young children need daily practice with fine motor skills such as zipping a coat, holding a crayon, manipulating play dough, or pouring from a pitcher. Activities such as these are essential to developing the dexterity and precision needed for later tasks such as writing. These manipulative skills also require the child to process information taken in through their senses and respond with coordinated movements.

Many fine motor skill exercises are more easily mastered with hands-on help. If fingers have never been in certain positions, if the muscles never been called upon, it is very hard to THINK those muscles into position. Sometimes, simply touching a child’s fingers and literally helping to move them into a new position may be the quickest, easiest, and most pleasurable way for the child to learn. Your help gives a child an instant “can-do” feeling.

There are many ways to expand fine motor skills for young children. The following exercises spark imagination and bring something fresh to the delivery methods while keeping children focused and engaged.

Talking With Our Fingers

Introduce this first activity through a group discussion:

“We need our fingers for so many things. What are some of the things we do with our fingers?” Repeat the children’s suggestions and encourage them to physically demonstrate the actions (for example: picking things up, drawing, zipping coats, etc.)

Hold both arms up in front of you, with the elbows bent and the first fingers pointing upward. Elbows should be directly under hands. Coax children out of resting their elbows on their knees, as it is harder to feel finger muscles that way. 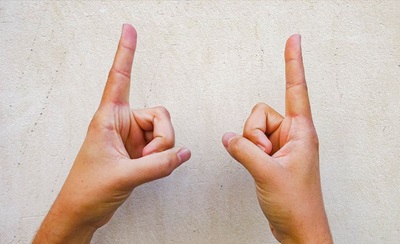 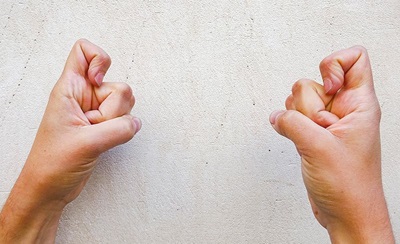 Then jut them straight toward each other. 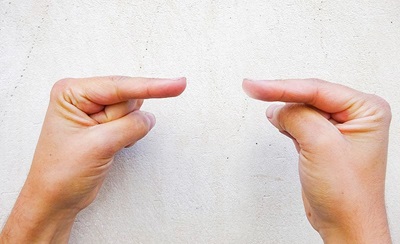 Repeat adding the other fingers one by one. Fingers that are not being exercised are held down against the palm by the thumb. Isolating the movement of each finger, as well as moving each finger to its fullest extent, works all of the muscles in the hand.

Performing miniature calisthenics together is fun, especially when you add in a rhythmic, sing-song chant, changing positions with every syllable:

“Exercise, exercise, watch me do my exercise.”

You use many of the same muscles pretending to handle objects as when manipulating real objects. Practicing motor skills with imaginary objects expands the possibilities without the logistical difficulties or frustration of actually handling those objects. Some examples of pretend objects to handle are a glass, a pitcher, a pen, or a tea-pot.

Get those pincher fingers going! This exercise works both large and small muscles as children’s brains are joyfully challenged. Reaching from high to low, left to right in opposite directions, the children cross their mid-line catching-and-releasing imaginary stars. To demonstrate this exercise, it is best to have your class standing in front of you in order to easily convey the concept of opposites.

“Reach for a star and catch it with these two fingers, my pinchers! (thumb and pointer). Get way up on your tippy toes, reach up to the right side of the sky…stretch! stretch! stretch! and grab it with your right hand and bring it all the way across and down to your opposite foot, the left foot, and then “ding, ding” stick it on to your toes!” Make the “Ding! Ding!” sound with a high-pitched singing voice as your pincher fingers place the stars onto the tips of your toes. Now repeat the process but this time take a star from the left side of the sky with your left hand and ding it onto your right toes. To add more to the excitement, ask someone in the circle, “What color star are you going to catch?” Then have everyone reach up and catch that colored star in their fingers and place it on their toes.

Lastly, you can try catching two stars, one in each hand, (“pick TWO colors now!”) and place each one on the opposite toes, crossing the midline!

Pretend to throw a ball up in the air and catch it in the same hand. Demonstrate how you can make your hand into a round shape and then throw the pretend ball out of your hand quickly making it flat so it is obvious that there is no longer a ball in it. When the ball comes back down to your hand it takes on the round shape again. Repeat, calling out slowly, “Round and flat. Again, round and flat” and “Don’t forget to follow the ball with your eyes!”

Now, pretend to pass the ball from one hand to the other. One hand goes flat as the ball leaves it and the other hand that’s waiting in flat position, goes round when the ball lands in it. Again, keep your eyes on the ball as it goes up, over, and lands again.

Pick up a tiny pretend ball with an index finger and thumb (pinchers) and toss it across the circle to one of the children. You can toss it in any direction and any distance. The more importance and reality you place in the imaginary ball, the more invested and excited the children will be to catch it and throw it back again.

Next, a bigger imaginary ball can be tossed from one child to another. Practice calling someone’s name and throwing the ball with both hands to the person. It’s a good game to play in the beginning of a school year to learn each other’s names.

Suddenly the ball can turn “hot!” and the teacher quickly passes it to the person sitting next to them and instructs that person to pass it quickly to the next. “It’s so hot!” is called out as the ball is tossed from one child to the next around the circle.

The teacher now switches it up and calls the ball “cold!” and now the freezing ball is passed quickly around the circle. This series can end as the teacher takes the ball in hand, squishes it into a smaller ball and it then plops it on top of an imaginary ice cream cone. “Mmmmm sweet!” the teacher declares licking his/her lips. “Try yours.” “Taste it!” The children naturally taste their own ice cream cones. Ask each of them what flavor ice cream they are having. Fruits and flavors can be discussed. It’s a party!

These guided exercise experiences do not replace child initiated, open-ended pretend play, rather, learning these techniques enhance and add to a child’s play repertoire. Neither is it about perfecting technique. If a child puts out their arms to catch a large ball, grabs it and flattens the ball against their chest, it doesn’t matter that their technique isn’t accurate. The child experiences themselves successfully “catching” a ball; that’s what counts. The teacher’s job is to model, guide, and inspire the fun. The more a technique is practiced, the more a child’s kinetic memory is called upon, and the more comfortable a child becomes moving in new ways.

Jackie Wildau’s 25 years as a performer, director and producer of original theatre is the capital she draws upon to create educational enrichment programs for young people and to develop professional development training for teachers. She has shared her work with educators at institutions including NYU, Steinhardt School of Education (Brandeis), and New Teacher Academy at Columbia's Teacher’s College. The Wildau Method was initially rolled out to early childhood teachers in all five boroughs of NYC, funded by CUNY's Research Foundation and the NY City Council. This past year, Wildau took her method to Chacala, Mexico where it was piloted in both a public and a private school.