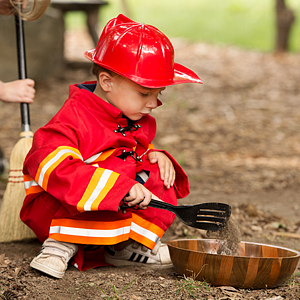 The Right to Play

“Play is the highest expression of human development in childhood,” wrote Friedrich Froebel, who created the concept of the kindergarten. The German educator’s greatest gift was his ability to view life through the eyes of a child. Consequently, his educational philosophy still makes sense nearly 200 years later to anyone who loves children.

Children are not machines that can be programed according to our wishes but need to be tended with the same love and care given to a seedling. A kindergarten, or literally, “a garden of children,” was to be an environment in which the creativity and compassion inherently present in each child could be nurtured in the most natural way possible: through unstructured play.

“Every child is different,” writes Johann Christoph Arnold, echoing Froebel’s vision today. “Each has a unique set of abilities, created for a special purpose. So why force a common educational standard on them? We know children learn best through playing, but play also brings joy, contentment, and detachment from the troubles of the day. In our frantically over-scheduled culture, every child should have a right to play.” Read the article.