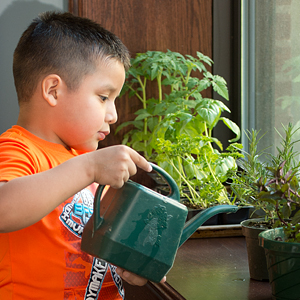 Less than two decades after the first Kindergarten was established, the institution was outlawed by the ruling government. Why did the Prussian autocrats feel threatened by a child-centered, play-based, progressive philosophy?

Friedrich Froebel, the un-sung creator of Kindergarten, protested the “stamping and molding” educational process of his time that squelched creativity. He maintained that through play, children could develop into “free, thinking, independent people.” The Kindergarten (literally, a “children’s garden”), was intended to be an environment that would nurture the true nature of the child instead of merely training them for maximum economic productivity. Perhaps that’s why it was considered subversive.

Our results-driven education system is not much different than the system from which Kindergarten emerged in 1836. High-stakes testing and scripted teaching are undermining this crucial time of childhood. Play is being replaced by academic preparation. Where is the “garden” where children can grow at their own pace into their unique flower?

Today, April 21, marks Froebel’s 223rd birthday. It’s time to return to his radical vision of giving every child the freedom to play. Read more about Froebel