One day, years ago, when I was the director of a preschool, I walked in from the playground with a group of three-year-old children. As we entered the room, a child exclaimed, “Look, there’s a leaf on the floor!” As we bent down to inspect it, I said, “I wonder how that leaf got indoors.” The children scrunched up their faces, thought hard and then provided a variety of responses. Here are a few:

A few days later, as I followed the same group of children in from the playground, I noticed a leaf hanging from a child’s sock. I pointed it out to the group, asking, “Do you think that’s how that leaf got into the room the other day?”

As if with one voice, the children shouted, “No!”

Surprised and delighted, I proceeded to ask them about their thinking and why they responded the way they did. What other ideas did they have? During our lovely conversation, I wrote down their ideas and explanations. I suggested that we keep thinking, investigate and try out some experiments to solve the mystery of the leaf finding its way indoors. They liked that plan.

It is the process of thinking, questioning, and wondering that matters.

But here’s the important lesson for me in this story. Solving the problem or answering the question was not nearly as important to those children as asking the question and continuing to pursue the mystery. They did not want to solve it right then and there. They were too invested in continuing this adventure with me and with their classmates. It was the process and the mystery that mattered.

In early childhood we often say that the process is more important than the product, usually referring to children’s art. However, it is important to recognize that process reigns supreme in most of what children do. When children are interested or intrigued by an object or an idea (a puddle, a leaf on a sock) they need to dig deep and explore. When they are instead urged to complete a product, craft, or a task around that interest, all of the intellectual intensity is denied them. It is the intellectual intensity that children exhibit in their desire to figure things out, to be pulled into conversations, and to be taken seriously. It’s the process of thinking, questioning, and wondering that matters and children are telling us that all the time. So instead of thinking of children’s questions and ideas as cute, and then hustling them to the craft table, it makes more sense to take time to be still, to listen, and to let children know that we are interested in what they have to say. 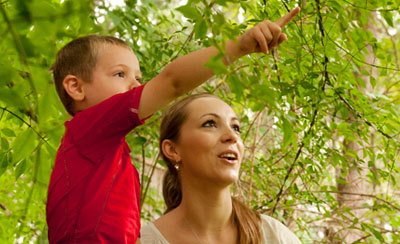 Sometimes listening to young children’s ideas requires that we take a strange, meandering journey that seems to have no meaning or cohesiveness. At other times, if we are patient and ask for further explanation, the journey begins to make sense and we gain insight into the child’s thinking. Young children have a way of combining fact, fantasy, and imagination in order to make sense of things and to create, what is for them, a logical explanation. Once we appreciate that, we realize that it’s not just cute; it’s really quite remarkable and we are much more likely to see the scientist and artist in them.

Recognizing the scientist at work in each child seems even more relevant when we think about how scientists work, as described in Stuart Firestein’s book, Ignorance: How It Drives Science. In his book, Firestein, says,

Working scientists don’t get bogged down in the factual swamp because they don’t care all that much for facts. It’s not that they discount or ignore them, but rather that they don’t see them as an end in themselves. They don’t stop at the facts; they begin there, right beyond the facts, where the facts run out.

So this process of “going beyond the facts” (a leaf on a sock) is only the impetus for asking questions.

As you work with these wildly exuberant and curious children, keep in mind that mystery heightens curiosity and teachers are crucial players in creating places where children and adults can pursue these mysteries together. With observation, “good” questions, and an open and exploratory environment, wonderful things can be discovered and more questions can be pursued.

And really, isn’t this what education should be—the ever-present mystery to be solved when looking at the world in all its complexity—the searching (or researching) and the astonishment of discovery? At some point, adults can help children test out their theories related to their mysteries and questions. But be prepared—young children may want to stick with the mystery and keep up the pursuit, rather than resolve it once and for all.

After 25 years as teacher and then director at a school for children from the ages of two and a half through eight years old, Judi Pack began working with teachers of young children. She taught graduate courses in early childhood and worked for a childcare resource and referral agency as their early childhood specialist. Judi has presented workshops at local, national and international conferences. She now works as an independent consultant encouraging early childhood professionals to listen carefully to children and to build on their ideas and interests.